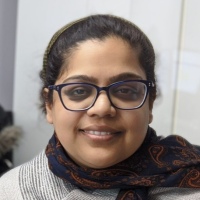 Humerah Khan
on
March 1, 2022
We are very pleased to announce that Humerah has accepted a promotion to become our Head of Finance and take a seat on our Senior Management Team. Humerah has made a significant contribution to the charity over the last four-and-a-half years, adding value, enthusiasm and a great deal of ambition. Promoting Humerah to the SMT will unbridle her passion to have a greater impact on the charity and thus the community. 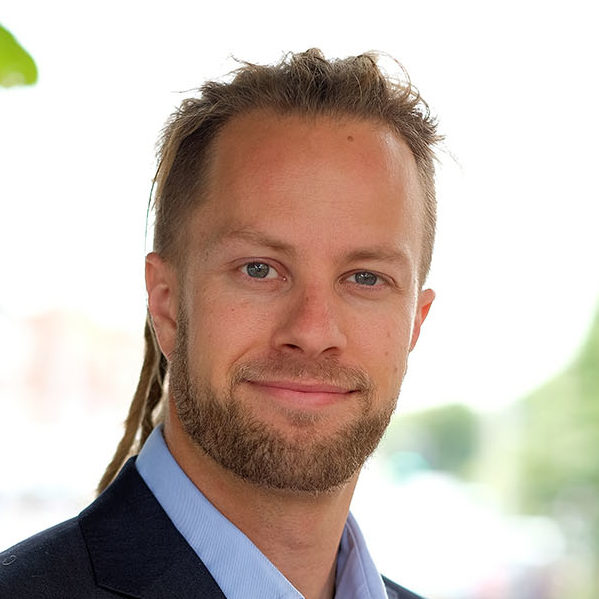 This month, we’re excited to sit down and chat with Humerah, a valued member of our Support Services department who assists the whole team with her wide knowledge of financial and accounting matters.

Humerah, in her own words: 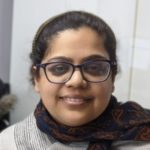 It’s funny to think that even though I was born in Hackney—an inner-city part of London—my family tree from both my father and mother’s side is mostly made up of rural farmers.  My paternal and maternal grandparents were the first generation in their culture to educate their daughters. They expected their children to choose a different path and spread their wings. I guess this was the period just after independence from the British Empire. It was a time when everything and anything seemed possible.

When my dad was a young man in his twenties, he traveled from Pakistan to London with high hopes and really big ideas. He soon found somewhere suitable to live in Finsbury Park and quickly enough gained employment as an auditor at a local accountancy firm

My mother, on the other hand, was sent to London to study to become a secretary. She born and brought up in Mauritius to a strict Hindu family. Her father was a pandit—a holy teacher that specialises in the knowledge of Hinduism. Her mother never had the chance to attend school. My mum and her sisters were the first to be educated in their family.

My mum settled in Finsbury Park and lodged in the flat below my father’s. As they shared a communal kitchen, they soon started swapping recipes. She helped him improve on his bad cooking. The strange thing is we still, as a family today, eat those same dishes. They met in 1960s, not a time when people easily accepted a Muslim and a Hindu starting a romance. They didn’t dare tell the rest of the family until I was born. Three years later, my sister was born, and they told the rest of the family we were twins. My sister is Sumerah and, of course, I’m Humerah. The wider family didn’t take it well and said the marriage would end soon. It didn’t really help that people from Mauritius are darker skinned either.

My parents, with their two young girls, were struggling; but being very social, they had lots of friends. They partied hard and they worked hard. My parents’ friends and my friends were like a mini version of the UN—we literally entertained the world in our small flat. Because my mum and dad were from different cultures, London accepted them without judging them.

When my mother’s father met my father, he quickly changed his mind—he loved my dad’s work ethic. He helped them out and gave them a deposit to buy a house in Hackney. That’s when my dad stopped being an auditor and decided to run his own business. One day, he was in Bethnal Green and he met a shopkeeper on hard times looking for someone to sell his shop to. So he came home and said to us, “I’ve bought a shop!”

Since my school was round the corner from the shop, I would stack the shelves after school. I learnt how to be super organised by setting prices, setting expiry dates, and categorising items. My parents thought I would become an accountant, my sister Sumerah a lawyer and my other sister Aishia a doctor. Although we studied these subjects, we did end up choosing our own career paths.

When I got older, my sister and I started a radio station for British-born Asians—something for our generation. We pitched it to Ofcom and put a huge social action plan together and, amazingly, we actually won the licence. Sumerah and I were paired up with lots of mentors from the radio industry. Eventually, we were offered a buyout, but we turned it down—the advertising revenue was pretty big as we were still building our audience. But the 2011 financial crash had a huge impact and advertising fell drastically. We ended up selling it off then.

Flash forward to the future where I’m now married with two young children. Once they started at nursery,  I started looking for a part-time job. That’s when I found LifeLine; it was perfect and the hours really suited me. But this was short lived as I had no choice but to take a break—I was born with a genetic heart condition and was informed that I required surgery. I went into surgery on a Monday and came out on a Friday. I planned for everything in case something went wrong. I wrote letters to my children, my family, and my friends. My kids were so happy when I got home. All in all, it took me three months to recover.

LifeLine convinced me to return and they asked me to stay for a little bit longer. The way LifeLine mentors and supports the community reminds me so much of my own family.